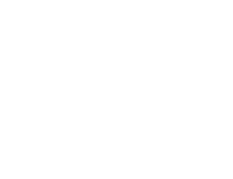 Tweet
WHY RIO DE JANEIRO
IS AN AWESOME VACATION CITY


Rio de Janeiro is one of the most visited cities in the southern hemisphere and is known for its natural settings, carnival celebrations, samba, Bossa Nova, balneario beaches such as Barra da Tijuca, Copacabana, Ipanema, and Leblon. Rio de Janeiro is Brazil's primary tourist attraction and resort. Rio de Janeiro receives the most visitors per year of any city in South America with 3 million international tourists a year. The city sports world-class hotels, approximately 40 miles of beachland, and the famous Corcovado and Sugarloaf mountains.

Some of the most famous landmarks in addition to the beaches include the giant statue of Christ the Redeemer ("Cristo Redentor") atop Corcovado mountain, named one of the New Seven Wonders of the World; Sugarloaf mountain (Pão de Açúcar) with its cable car; the Sambódromo, a permanent grandstand-lined parade avenue which is used during Carnival; and Maracanã Stadium, one of the world's largest football stadiums.

There are approximately 6.3 million people living within the city proper, making it the 6th largest in the Americas and 26th in the world.[6] Part of the city has been designated as a World Heritage Site, named "Rio de Janeiro: Carioca Landscapes between the Mountain and the Sea", identified by UNESCO on 1 July 2012 in the category Cultural Landscape.

In 1808, when the Portuguese Royal Court transferred itself from Portugal to Brazil, Rio de Janeiro became the chosen seat of the court of Queen Maria I of Portugal, who subsequently, in 1815, under the leadership of her son, the Prince Regent, and future King João VI of Portugal, raised Brazil to the dignity of a kingdom, within the United Kingdom of Portugal, Brazil, and Algarves. Rio stayed the capital of the pluricontinental Lusitanian monarchy until 1822, when the War of Brazilian Independence began. It subsequently served as the capital of the independent monarchy, the Empire of Brazil, until 1889, and then the capital of a republican Brazil until 1960.

There are four main districts in Rio:

Centro including Lapa and Santa Teresa. The city's financial and business centre also has many historic buildings from its early days, such as the Municipal Theatre, National Library, National Museum of Fine Arts, Tiradentes Palace, Metropolitan Cathedral and Pedro Ernesto Palace.

Zona Sul (South Zone) including Copacabana, Leblon and Ipanema, as well as the districts along Flamengo Beach. Contains some of the more upscale neighborhoods and many of the major tourist sites, such as the Rodrigo de Freitas Lagoon, and Sugar Loaf and Corcovado Mountains.

Zona Oeste (West Zone), a rapidly growing suburban area including primarily the districts of Jacarepaguá and Barra da Tijuca, popular for its beaches. Most of the Olympics in 2016 will be hosted there.


Even the most seasoned tourist will find the beaches here quite amazing. They are wide and clean, with soft white sand. The main beaches from Leme to Barra have plenty of services for the beach goers, including free showers at the beach, wet trails to walk on cool sand, clean pay toilets, life-savers and police, tents and chairs for rent, soft drinks and alcoholic bars, food.

Abricó is the only official nudist beach in the area of Rio de Janeiro, it lies next to Grumari beach. Only accessible by car/taxi. An option is taking the bus numbered S-20 (Recreio) that passes along Copacabana/Ipanema/Leblon, and from the end of the line (ponto final) take a cab, for a travel time of almost 2 hours.

It is also worth visiting the beaches in the island Paquetá, particularly:
Praia da Moreninha (on the Guanabara Bay, but often not clean enough for swimming)
Cariocas have a unique beach culture, with a code of customs which outlanders (even Brazilians from other cities) can misconstrue easily. Despite what many foreigners may believe, there are no topless beaches. Girls can wear tiny string bikinis (fio dental), but it doesn't mean they're exhibitionists.

For most of them, it's highly offensive to stare. Until the 1990s, men and boys wore speedos, then wearing bermuda shorts or trunks became more common. Speedos ("sungas" in Portuguese) and square leg suits are now making a comeback. Jammers are less common but still accepted.

Waves in Rio vary from tiny and calm in the Guanabara bay beaches (Paquetá, Ramos, Flamengo, Botafogo, Urca) to high, surf-ideal waves in Recreio. In Leme, Copacabana, Arpoador, Ipanema, and Leblon, there's a popular way of "riding" the waves called pegar jacaré (pe-GAHR zha-kah-REH; literally, "to grab an alligator"). You wait for the wave to come behind you then swim on top of it until it crumbles next to the sand. go to RIO